Can Mega-Philanthropy at the hands of Tech Giants make the world a better place? 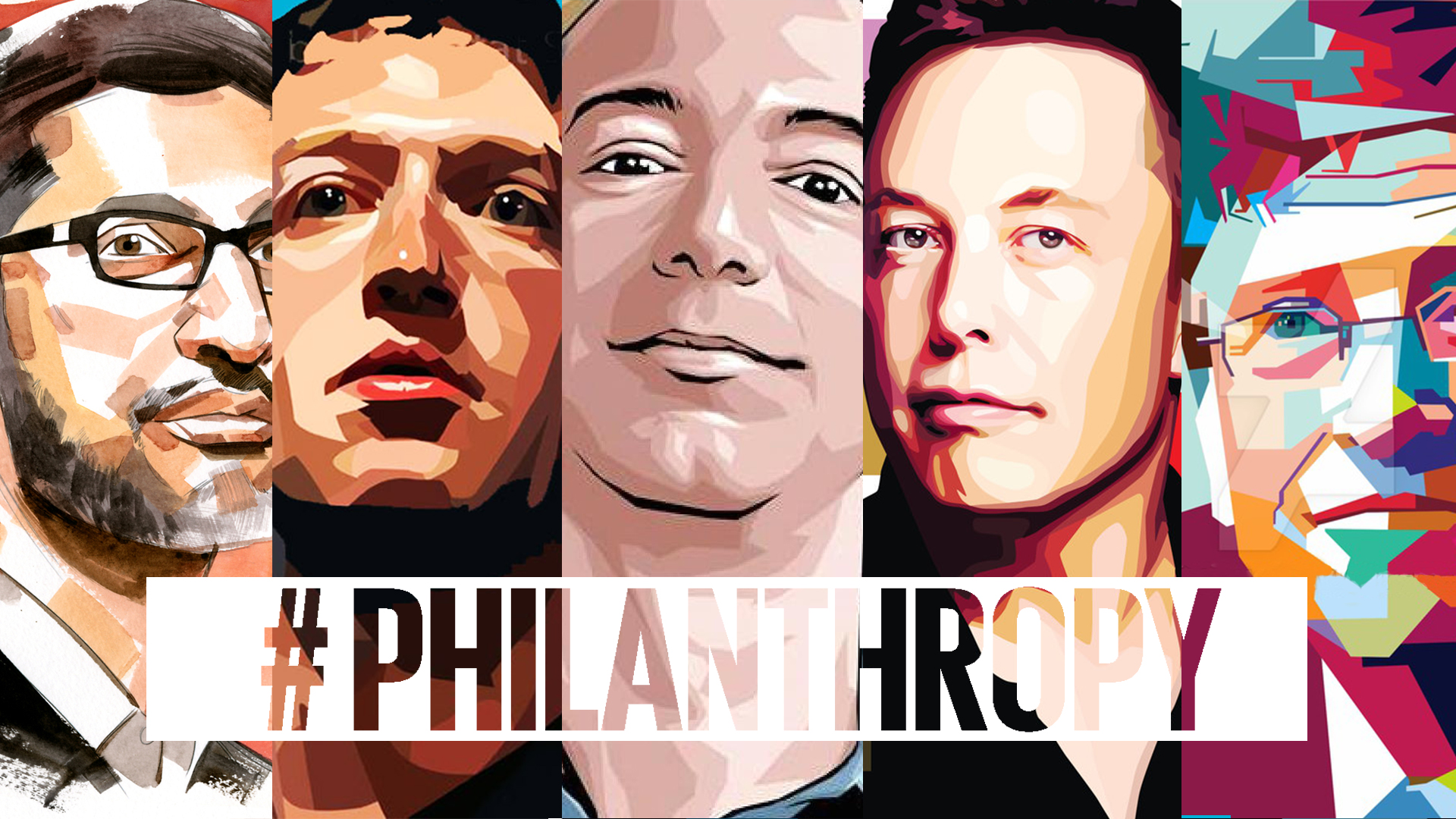 Can Mega-Philanthropy at the hands of Tech Giants make the world a better place? You hear the promises of a utopic future with a colossal roar. The prevalent players in the tech industry say they want to change the world for the better, and they are not shy about making big claims and promises. Amazon’s Jeff Bezos, Facebook’s Mark Zuckerberg, Google’s Sandar Pichai and Tesla’s Elon Musk have all taken to the proverbial soapbox to passionately preach about how technology will indeed disrupt… but it will be for the betterment of the world. As the scions of Silicon Valley have made massive fortunes through quantum technological innovations, they’ve collectively been looking beyond their respective core businesses to uncover, develop and fund ways to improve the world. Their visions are bold, their prospects exciting. Imagine channeling this kind of intellectual and fiscal horsepower into large-scale medical advances, mega community improvements, top notch conflict resolution approaches, urban transportation solutions… the possibilities are endless, and these leaders are highly motivated.

Facebook CEO Mark Zuckerberg: Zuckerberg and his wife want to use their extraordinary wealth to help “eradicate all diseases by century’s end.” This is no small order. Worth almost $50bn, they plan to give away 99% of their fortune to philanthropic efforts over their lifetime. “And how about modernizing democracy so everyone can vote online… and personalizing education so everyone can learn. These achievements are all within our reach.”

Google CEO Sandar Pichai: “It will take all of us working together to bring the benefits of technology to everyone. I believe we are on the verge of solving some of the most important problems we face.”

Tesla / SpaceX CEO Elon Musk: “The fundamental long-term value I see Tesla having is as a catalyst to accelerate the transition to sustainable transport,” Musk says. He serves as a trustee of the X-Prize Foundation, supporting competitions to promote advances in clean energy. In addition, his company SpaceX has a stated mission “to revolutionize space technology,” with the ultimate goal of “enabling people to live on other planets.”

Microsoft Co-Founder Bill Gates: Gates has already given away $28bn+, and one of his goals (of many) is to eradicate polio. “Money has no utility to me beyond a certain point. Its utility is entirely in building an organization and getting the resources out to the poorest in the world.” In 2012, he also co-founded the Giving Pledge initiative (with Warren Buffett), bringing in the world’s wealthiest individuals to “address society’s most pressing problems” – members who sign on agree to donate more than half of their lifetime wealth to philanthropic initiatives.

Boston Consulting Group aptly depicts this new breed of philanthropist: “They challenge current approaches with an inherently proactive venture capital mindset. Rather than wait for proposals to come to them, they actively seek places to put their money. They also prioritize speed and rapid impact. Determined to see results in their own lifetimes, they’re willing to make big, often risky bets. Some even treat their philanthropic investments like venture capital endeavors, applying creative equity models to ensure a return and demanding measurable results to justify further giving.”

And when I say putting their money where their mouth is, they are literally giving away billions to further social change and technological research. Deep pockets and big investments in the future of humanity… if anyone can make headway, this group can.