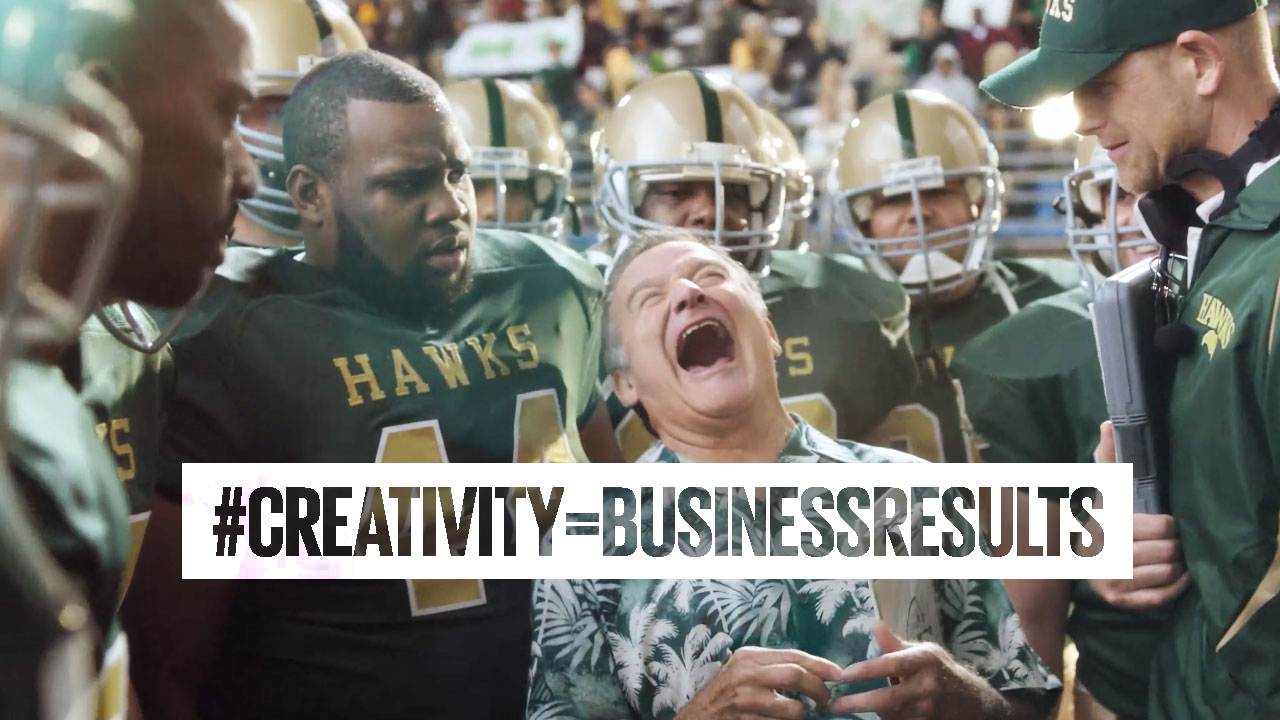 Does creativity equal business results? Since the dawn of advertising, this same question has been asked over and over again. And, with Publicis recently saying they would be withdrawing from the Cannes Lions International Festival of Creativity – the advertising world’s Oscars – the question has once again risen to the surface. There have been many studies done on creativity and its effects and many books written on its power, but to evaluate whether or not it creates a real return on investment, the best source seems to be James Hurman’s seminal book on the subject, The Case for Creativity: Three Decades of Evidence of the Link Between Imaginative Marketing and Commercial Success.

Hurman began the research for his book by analyzing 15 global studies (covering three decades of academic and industry research) on the effectiveness of award-winning marketing and advertising. He found all the reviews seemed to ask the same question: Are the most creative advertising campaigns also the most effective? So, to understand how impactful creativity is to business, he took an annual look at Cannes Lions – as they dissect major brand advertising from all over the globe, determining which brand has distinguished itself by putting creativity at the heart of their business. The company that succeeds gets the notable designation of ‘Creative Marketer of the Year.’ Using this method, for a few decades, he has been able to track the Marketers of the Year and draw a correlation.

Enter Snickers and an illustration of creativity and effectiveness. In 2012, Mars (the parent company of Snickers) was chosen as the Creative Marketer of the Year. So let’s now look at the question with Mars holding the title: Does creativity correlate with true business results? Prior to their win and their very creative campaign – featuring the likes of the Joker, Betty White, Abe Vigoda, Johnny Manziel, Joan Collins, Stephanie Beacham, Liza Minnelli, Aretha Franklin, Richard Lewis, Roseanne Barr, Joe Pesci, Don Rickles, Robin Williams, Rowan Atkinson, Tatu and Danny Trejo – Snickers’ marketshare had been in freefall for several years. I don’t usually do this, but you have to watch some of these commercials on YouTube: https://www.youtube.com/watch?v=tDkTNMK1V50. After their very creative campaign (the Robin Williams one – RIP – had me in stitches), had been out in the market for three months, their sales started to reverse. And not only reverse, but develop at twice the rate of the candy bar category globally. As it rolled out internationally, worldwide sales soared by more than 15% (which is three times the rate in the global candy bar category). Snickers is the only marketing campaign in Cannes history to have won two ‘Cannes Effectiveness’ awards, proving that creativity not only drives incredible business results, but is one of the most powerful business tools in any company’s arsenal.

There are many more fantastic examples of this phenomenon, as every single one of the Cannes Creative Marketer of the Year, for the past 15 years, has exceeded its business objectives and outpaced the S&P 500 (even throughout the massive declines of 2008). In addition to Mars/Snickers, companies like Coca-Cola, P&G and Unilever/Dove have all proven that creativity does equal business results. The data is clear. So what are you waiting for? Get creative… and, maybe get yourself a Snickers bar while you’re at it.