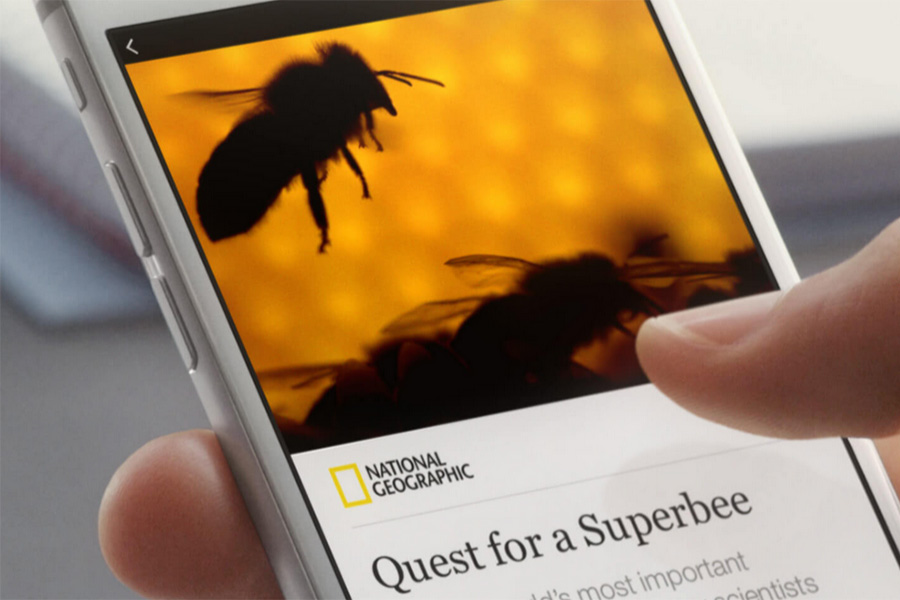 Facebook changes the publishing game – Instantly. Our ever-evolving friend Facebook initially launched the first trials of their new Instant Articles ten months ago, with a proposal to have publishers post articles straight into the Facebook App (instead of initially doing so on their own websites). Why would a publisher want to explore this option? Because… Facebook is providing publishers unparalleled access to the same technology they use to display photos and videos instantly in the Facebook feed – as much as ten times faster than the standard mobile web – providing hosting that’s cleaner, more agile, and offers a superior interactive experience for mobile readers.

The big reveal comes tomorrow, as Instant Articles will be opened to ALL publishers (aka everyone) at Facebook’s F8 conference.

The impact of Instant Articles on marketers will likely be pervasive and widespread, and giving the general public access to the platform will no doubt be massive – bringing millions of people (as they do) clamouring. Clearly, the expansion of usage will be followed by sweeping adaptations, as Facebook discovers just how Instant Articles are used by the masses and what additional features millions of users crave.

So far, billion dollar online media titans BuzzFeed and Vox are happy with the initial trials of Instant Articles. Gawker Media’s Nick Denton tweeted out that he’s seen growth in unique viewers after introducing Instant Articles, boosting Gawker’s UVs from 4 million per day to 4.7 million per day – that’s a substantial increase. Sidebar – Nick Denton was initially against the platform calling it “abject surrender” to Facebook. Players like WordPress and Medium have “surrendered” and jumped on the wagon as well, providing publishers tools to publish directly to Instant Articles.

Actionable intelligence against big data will be a significant facet of Instant Articles, with Facebook capturing how far down an article is scrolled, how long readers engage video in autoplay and how long they tune into audio – which is invaluable information in the battle of knowing just how engaging your articles are and at what point you lose readership. This sort of data will let you tweak, augment and fine-tune your content to reach desired outcomes and objectives, and then amend your content strategy in real-time to deliver on your marketing goals.

Monetization has been a big area of concern for publishers as Instant Articles has rolled out, but it seems that Facebook is truly listening and adapting their platform on the fly, taking publisher’s concerns to heart – after all, established publishers will be the lifeblood of this platform, creating the type of enriched, compelling content that people want to consume, to ultimately make it successful or not.

We’ll keep a close eye on tomorrow’s F8 conference as Facebook opens their Instant Articles platform to all publishers – of any size, anywhere in the world. If anyone has the right stuff to make a platform popular… it’s Facebook.

RIPPED FROM THE HEADLINES – TAKEN FROM A VARIETY OF SOURCES, INCLUDING FACEBOOK AND BUSINESS INSIDER 2016

Gaetano Gagliano – the passing of a cultural trendsetter
IoT – How connected will we be?