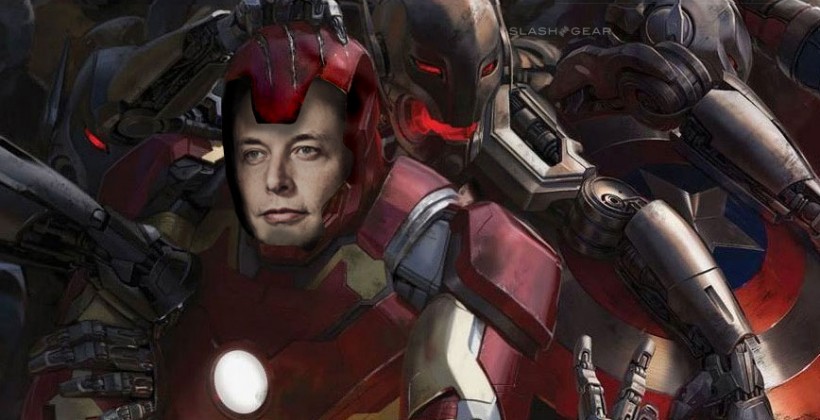 Is Elon Musk the real life Tony Stark (aka Iron Man)? I grew up reading Iron Man comics and idolized the fictitious, genius, billionaire inventor Tony Stark. When I look at Elon Musk, I’m hit with the same sense of wonder about this brilliant engineer, entrepreneur, game-changer.

When Elon was ten, he purchased his first computer and by age twelve he had programmed a game, which he sold for $500. In 1992, he was accepted into Queen’s University (yes, he had Canadian Citizenship through his Canadian mother!). From there he headed to Warton at the University of Pennsylvania to capture degrees in science, physics and economics. From his incredible Canadian foundation, he headed off to Stanford University to begin a PhD in applied physics, dropping out after a mere two days to pursue his aspirations around the Internet, renewable energy and space – starting a company called Zip2, which he sold to AltaVista for $341 million in 1999.

But, he didn’t stop there. He then co-founded X.com, which after a little merger became PayPal, the world’s first online payment service. PayPal would be later sold in 2002 to eBay for a whopping $1.5 billion.

So at this point what would Iron Man do? Of course, you’d start a new company that had space clearly in its sights and go all-in with your money. That company, SpaceX nabbed a contract from NASA six years later worth $1.6 billion and now ferries the cargo to the International Space Station. Why does he think space is so important and why does he plan to bring space flight down in price by a 10x factor? So he can retire on Mars by 2040 of course – as Musk warns, “before we face risks the dinosaurs never saw, an engineered virus, inadvertent creation of a micro black hole, catastrophic global warming or some as-yet-unknown technology could spell the end of us.”

And if space wasn’t enough, in parallel, he developed the terrestrial, super-cool, battery-powered Tesla to help save the environment. Plus, he has parlayed the incredible battery technology into a brainchild that he believes the key to solving the problem of global warming – the Powerpack – similar to Stark’s ARC reactor. In an interview with Fast Company, he explains: “If the city of Boulder, Colorado, population 103,000, bought a mere 10,000 Powerpacks and paired them with solar panels, it could eliminate its dependence on conventional power plants entirely. The U.S. could do the same with only 160 million of them.”  Then he offers even more astounding figures: “900 million Powerpacks with solar panels, would allow us to decommission all of the world’s carbon-emitting power plants; 2 billion would wean the world off gasoline, heating oil and cooking gas as well.” One word – amazing.

And if that’s not proof that Mr. Elon is the real Tony Stark, then there is the fact that the movie character that Jon Favreau and Robert Downey Jr. created for Marvel’s Avengers was based on… you guessed it… Elon Musk (who has a cameo in Iron Man 2). You soooo know he’s working on the Iron Man suit somewhere…

RIPPED FROM THE HEADLINES – TAKEN FROM A VARIETY OF SOURCES, INCLUDING WIKIPEDIA AND THE TELEGRAPH

In its 4th annual holiday campaign that has led to viral and business success, the airline is spreading holiday cheer across the country with its 2015 “Christmas Miracle” campaign, which will see every single WestJet employee do a good deed in their community.

See the Marketers Who Made ‘The List’ in 2015
After reviewing campaigns, case studies, financial information and a year’s worth of news, Marketing Magazine has selected the top players it feels excelled in 2015 with brave strategies and strong business growth.

Mobile Pay Wars Heat up as Wal-Mart Launches Own Mobile System
Last week, the retailer began testing ‘Walmart Pay’ at a number of U.S. stores, allowing shoppers to pay through its existing smartphone app at the cash register.

In Uber fight, Taxi Drivers on Wrong Side of History – and Consumerism
It may address what seem like minor conveniences, but in a time when many people feel overstretched, the ease of Uber has a powerful appeal.

Forget Trends. Here are 5 Important Tensions for 2016 and Beyond
From convenience vs. trust to digital vs. real experiences, here are five tensions that are having a big impact and will only continue to grow in the future.

Celebrating the YouTube Ads of 2015
From brands such as Calvin Klein, Barbie, Lexus and Microsoft, check out the most iconic video ads of the year across five categories.

The Humble Newsstand, Reimagined
The founders of the ‘New Stand’ thought, why has retail in the subway remained stagnant when it has accelerated pretty much everywhere else?

Ahhh… the smell of New Year’s marketing trends in the morning.
Hacking the Human Genome