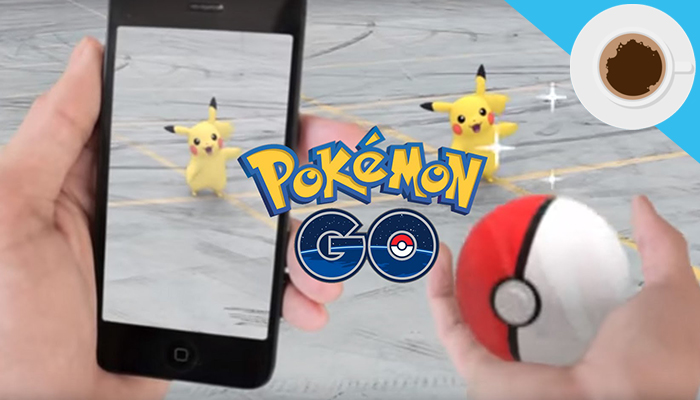 Pokémon Go takes over the Real World. You have to have been hiding under a rock to miss the new Pokémon Go viral onslaught, as it’s all over the news, social media and has rippled the stock market. So, has augmented reality (AR) been brought squarely into the mainstream by Pikachu and friends? Nintendo has breathed a BIG new life into itself via the popular Pokémon franchise by leveraging a modern AR twist. Pokémon Go is a real merger of the physical and digital world, as they have used the cameras and GPS on your phone to bring Pokémon characters to life in the “real world.”

According to the Wall Street Journal, this new mobile version of the famous Japanese monster game has boosted the market value of Nintendo by over $9 billion, and it has barely left the gate. The game is generating over a million dollars a day in in-app purchases and already the game is on more Android phones than the dating app Tinder and has the same daily users as Twitter. Tech analyst Ben Thompson says, “the potential that Nintendo has truly woken up to is the latent value in its intellectual property and it is poised to take advantage of mobile’s scale in a far more effective way than anyone thought possible.” So is this the way forward for legacy companies in a mobile world? We’ve seen it in the movie industry – resurrect much-loved “nostalgic” characters and brands, give them new storylines and meaningful experiences, and enhance them with new cutting-edge technology… and bam you have a hit (think Avengers, X-Men, Tarzan and the soon to released Suicide Squad – each with its own social media juggernaut to plug, promote, sell and monetize).

People are obsessed with Pokémon Go. Users have literally driven off the road, walked into traffic and subjected themselves to gunpoint muggings, as they are glued to their phones hunting virtual Pokémon characters out in the “wild.” As it was released in Canada last night, rest assured you’ll be walking into telephone posts soon enough…

CBC – The Pokémon Go phenomenon, explained by a millennial

What in the heck is Pokémon Go, and why is it everywhere right now?

A short, simple guide to the latest outbreak of Pokémania.

“On Saturday night, my girlfriend and I snuck away from the cocktail reception at a charity dinner because ‘Pokémon Go’ informed us there might be a Pikachu nearby, and we were on the hunt.”

Revenge of the Nerds
The Bank of Starbucks