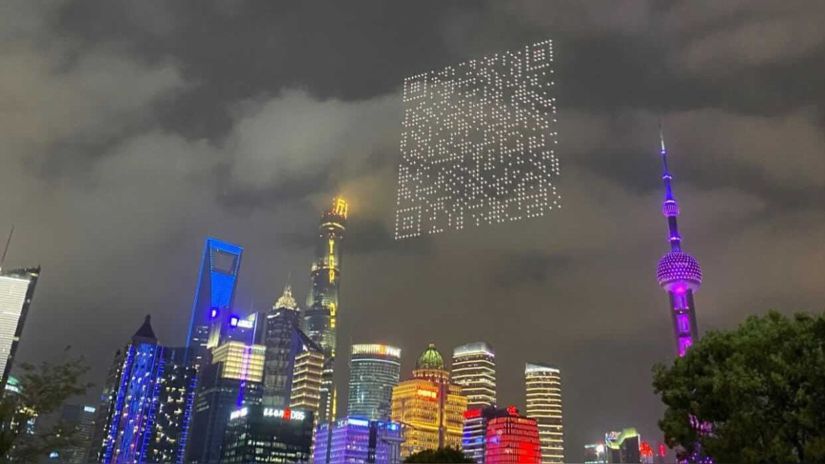 Ok, this is a whole new spin – China has been one of the quickest to adapt to using drones to light up the sky with shows competing for entry into the Guinness Book of Records. But no one has used them to create QR codes for Product Downloads! Yes, #qrcodes (hey Scott Stratten didn’t you write a book on this 😉

Video game developers Princess Connect celebrated their game’s anniversary, releasing 1500 Drones to do a QR dance. Onlookers in Shanghai were amazed when this BIG QR Code hit the night sky. By scanning it with your smartphone, people gained access to the video game’s website and they could download the game directly. #wakeupimagine#DTC#china#videogames#gaming