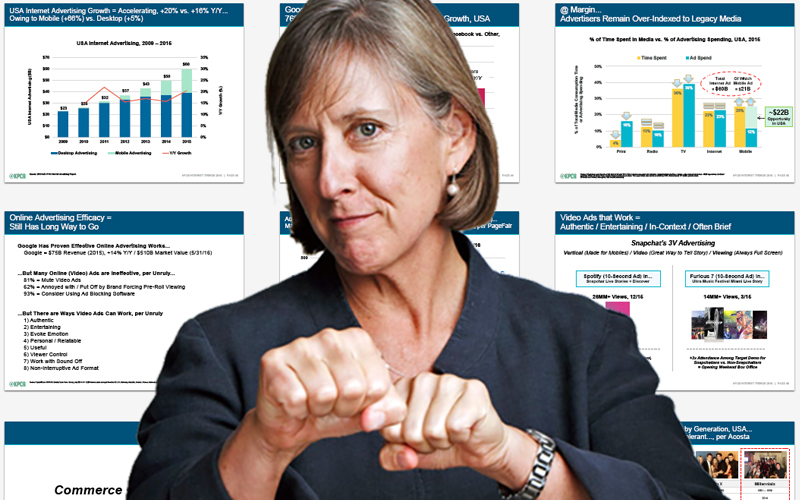 Here are some of the takeaways via Recode, who hosted Mary’s trend report release at their Code Conference in California last week:

Why it’s important for your business evolution? Mary’s report defines the state of the union for the technology industry. It’s a key source of information, research, stats, charts, quotes, images and thoughts on what will go big next – and this can help guide decision making in our ever changing, morphing landscape. So download it; strap yourself in; grab a coffee; and dive in!

Buckle up and get some coffee – the most anticipated slide deck of the year is here.

Can Mega-Philanthropy at the hands of Tech Giants make the world a better place?
C2 Montreal – Commerce meets Creativity and truly anything BUT business as usual