The Four: Do Apple, Amazon, Facebook and Google complete us? 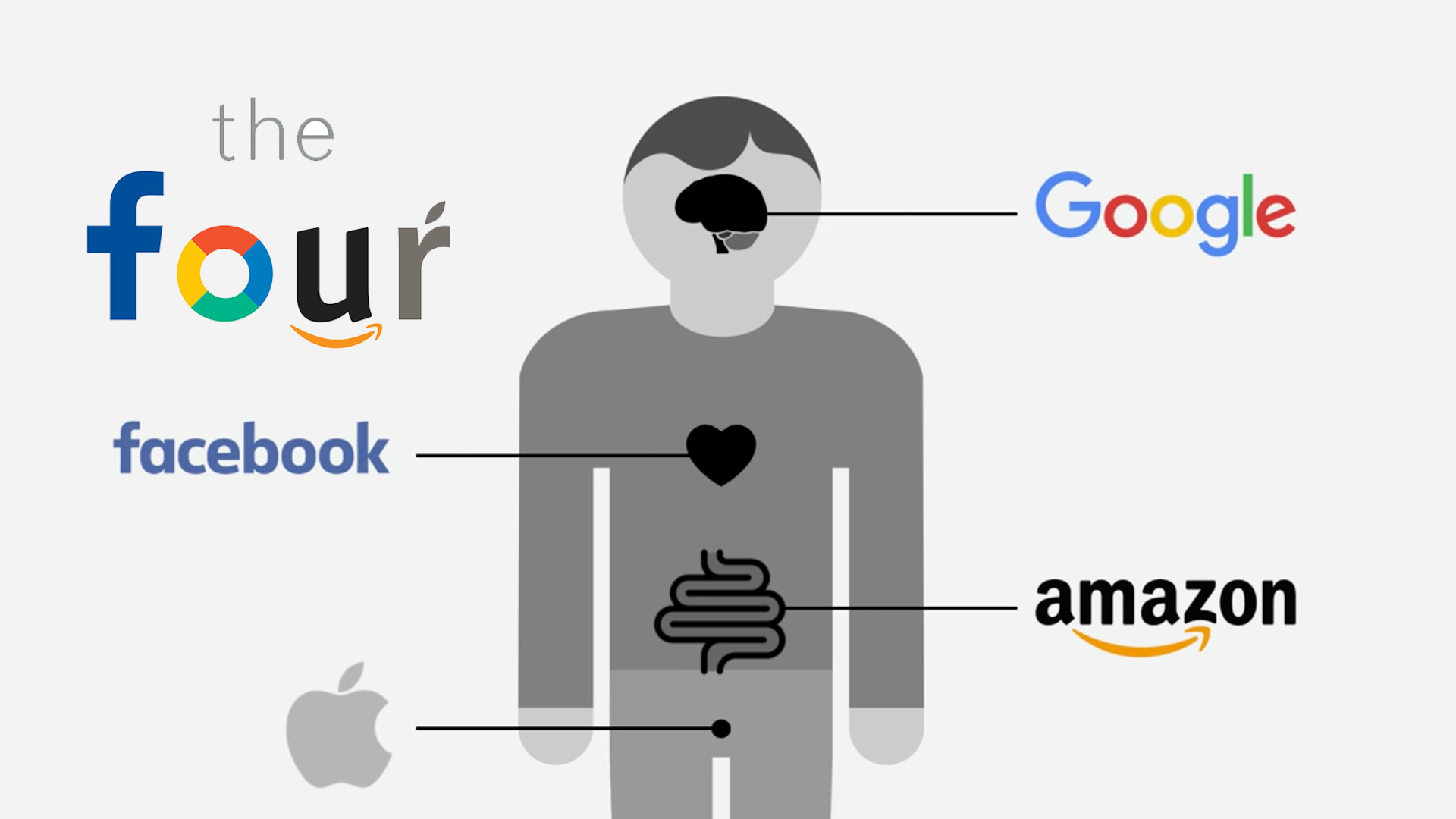 The Four: Do Apple, Amazon, Facebook, and Google complete us? Size does matter and goes hand-in-hand with influence. From 2013 – 2017, the combined market capitalization of Apple, Amazon, Facebook, and Google has increased in size to the tune of $2.3 trillion. This number matches the GDP of the most burgeoning economy on the planet – India. That’s right – $2.3 trillion – having blown by Canada and Russia’s GDPs in 2013 and 2014. And as NYU Stern Professor and L2 think tank head honcho Scott Galloway points out in his brilliant new book The Four: The Hidden DNA of Apple, Amazon, Facebook, and Google – their power keeps growing unchecked. Why is it so hard for us to reel them in and ditch these tech deities? Scott’s book takes us on a harrowing ride upon the backs of “The Four Horsemen of the economic apocalypse,” as he refers to them, and shows us why they have their hooks so far into us. Simply put? It’s our fault.

Galloway is genuinely one of the best ranters out there, and if you have ever watched one of his weekly video rants themed Winners & Losers, you’ll instantly understand why. His new book is no different, as he brings his incisive style, passion and perceptive analysis around the first-to-a-trillion-dollar-market-cap-race that the four-horsemen (and us as the hapless wagering bystanders) are in. He masterfully unpacks how each of these modern-day behemoths has deployed “iconic leadership, technology, storytelling, fearless innovation, lightning execution – and blatant plagiarism – to devastating effect.”

And Galloway does not mince words as he validates that even though The Four have been quite brilliant in their rise to ultimate dominance, they have not arrived at this point by themselves. That’s right my friends, we have been their accomplices, as they have done it on the backs of a hyper-consumer world that is driven by technology and capital, married with our love of a deregulated capitalist culture. It has enabled The Four to take America and then scale globally utilizing every worldwide loophole to float wherever they want in the ether to escape the burden of tax or any other regulation for that matter. They have become masters at the manipulation of dopamine and serotonin, as Galloway puts it so eloquently, “Google targets the brain and our thirst for knowledge. Facebook is trained on the heart and our need to develop empathetic and meaningful relationships. Amazon targets the guts, satisfying our hunter-gatherer impulse to consume. And Apple, with its sleek, sensual products, has its focus firmly on our genitals.” Galloway proffers that along with their strategy to appeal to basic human desires, that the attention-craving media, money-hungry debt-ridden governments, and profit-driven stock markets have fueled their climb to god-like status.

It’s a fascinating snapshot of the world as The Four’s colossal quadropoly is not merely the creation of Steve Jobs, Jeff Bezos, Sergey Brin, Larry Page and Mark Zuckerberg, but “rather it is a creation of a society predicated on consumption and accelerated by technology and capital.” A fascinating read by Mr. Galloway… and of course, it’s available on Amazon.

For a great rant based on the book, check out Scott Galloway’s recent TED Talk.