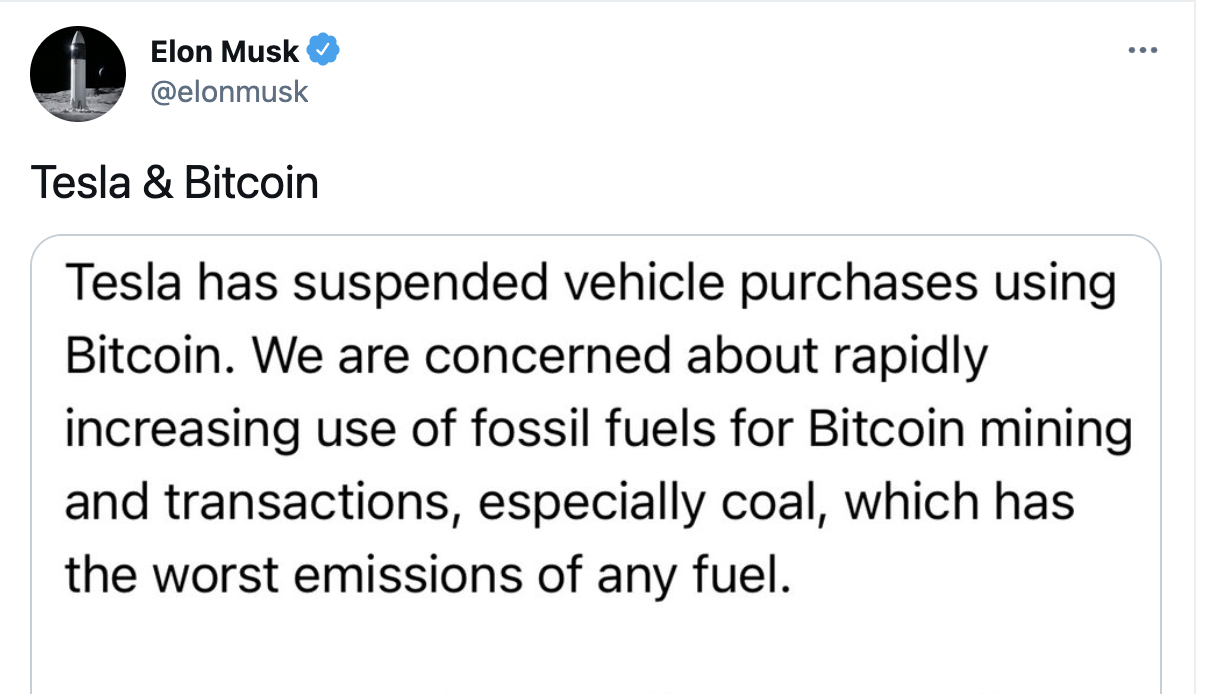 Elon Musk, who has become a volatile force in the #cryptocurrency universe, said Tesla is no longer accepting Bitcoin Inc. as payment for purchases of its #electricvehicles owing to the excessive amount of carbon-based energy it uses. Bitcoin plunged following his comments.

The sudden move is a curious one since Tesla’s recent $1.5 billion Bitcoin investment triggered a surge in the currency’s value. It also helped the carmaker report a first-quarter project this year, owing to the $101 million gain it reported from selling 10% of its Bitcoin holdings. Musk has also made numerous comments that pumped up and undercut DOGECOIN (like his “hustle” remark on SNL) a cryptocurrency that started as a joke.

Next stop. SpaceX ticket to Mars.
Rubbee. From zero to eBike in seconds.