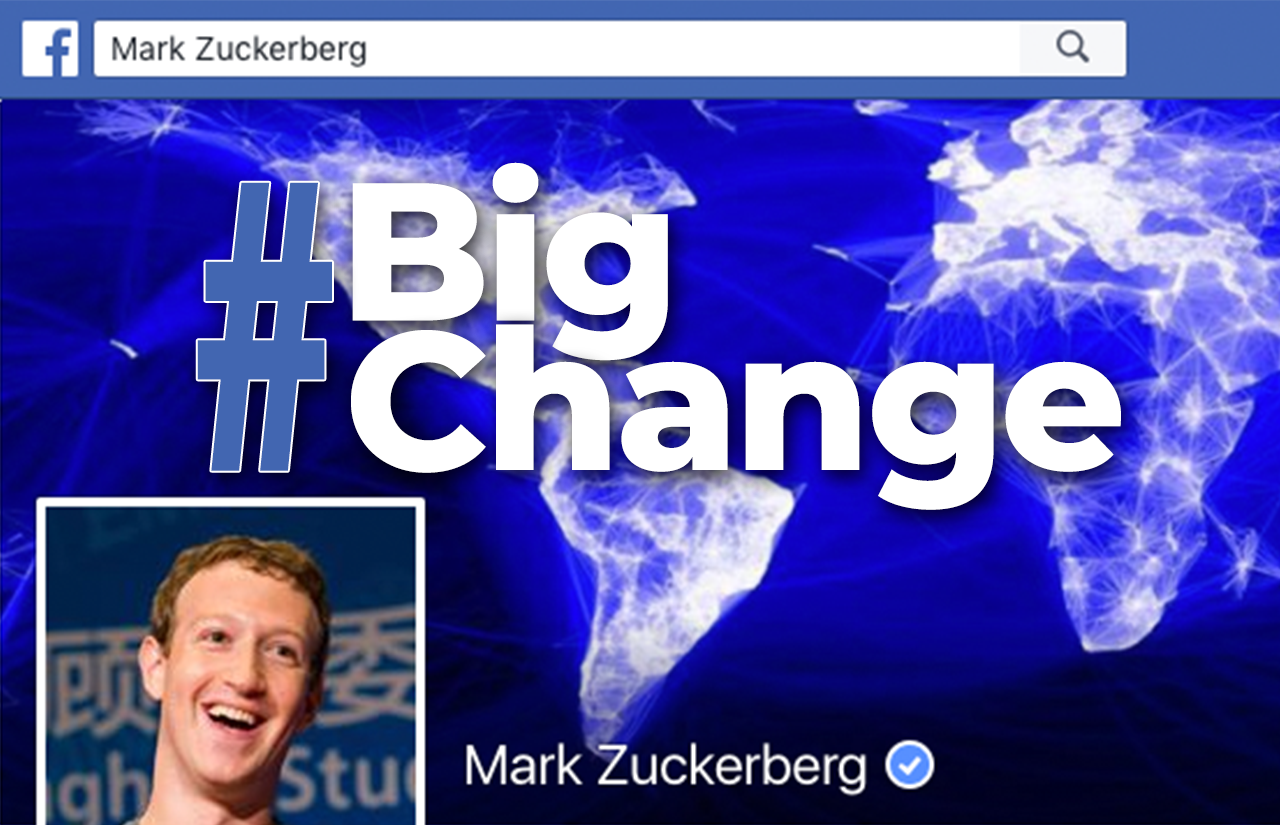 Facebook is making BIG changes. That’s right, the Zuck himself has said that Facebook needs to change and change it will. They have announced they are overhauling the News Feed (including how they rank photos, videos, and posts) to prioritize what family and friends have to say first. Simply put, you’ll see more posts from friends that have spurred lively discussions, debates and engagement, and fewer posts from brands and publishers. Enter a massive freefall in Facebook’s stock price – as the very groups who doled out fistfuls of money for targeted ads, established the platform, and have ushered Facebook to a $518 billion market cap – are now the enemy.

In a sizable Facebook missive, founder Mark Zuckerberg reached out to its two billion members saying “One of our big focus areas for 2018 is making sure the time we all spend on Facebook is time well spent.” He then went on to break down the new approach: “Video and other public content have exploded on Facebook in the past couple of years. Since there’s more public content than posts from your friends and family, the balance of what’s in News Feed has shifted away from the most important thing Facebook can do – help us connect with each other. We feel a responsibility to make sure our services aren’t just fun to use, but also good for people’s well-being.”

Yes, you read that last bit correctly… “well-being.” And here I thought they had become a media-publishing platform that sold ads and generated boatloads of money from people’s data?! But Zuckerberg goes on to discuss what he means by addressing the proverbial pink elephant in the room: “The research shows that when we use social media to connect with people we care about, it can be good for our well-being. We can feel more connected and less lonely, and that correlates with long-term measures of happiness and health. On the other hand, passively reading articles or watching videos – even if they’re entertaining or informative – may not be as good.”

“May not be as good” – that’s the understatement of the year. Facebook has come under massive scrutiny for months now over what it serves up to people and how its algorithm negatively influences its users. With fake news overtaking its News Feed and influencing little things like the US presidential election (there is good evidence to show that Facebook may have unwittingly allowed foreign interests to persuade the US voting masses via polarizing, divisive and inflammatory posts), not to mention hate and extremist propaganda awash across the site, it seems like selling ads to anyone who can pay has perhaps not been a great strategy for our “well-being.” Making money yes, well-being no.

Facebook openly admits that “when people spend a lot of time passively consuming information – reading but not interacting with people – they report feeling worse afterward.” And “reading about others online might lead to negative social comparison … perhaps even more so than offline, since people’s posts are often more curated and flattering.”

Zuckerberg closes out his post with an attempt at reframing and restating the company’s value proposition with a more positive slant: “At its best, Facebook has always been about personal connections. By focusing on bringing people closer together – whether it’s with family and friends, or around important moments in the world – we can help make sure that Facebook is time well spent.”

So stay agile as this massively influential platform evolves, morphs and attempts to redefine its very nature, and we’ll see how this bold and seemingly benevolent move plays out…