How to do Design Thinking. 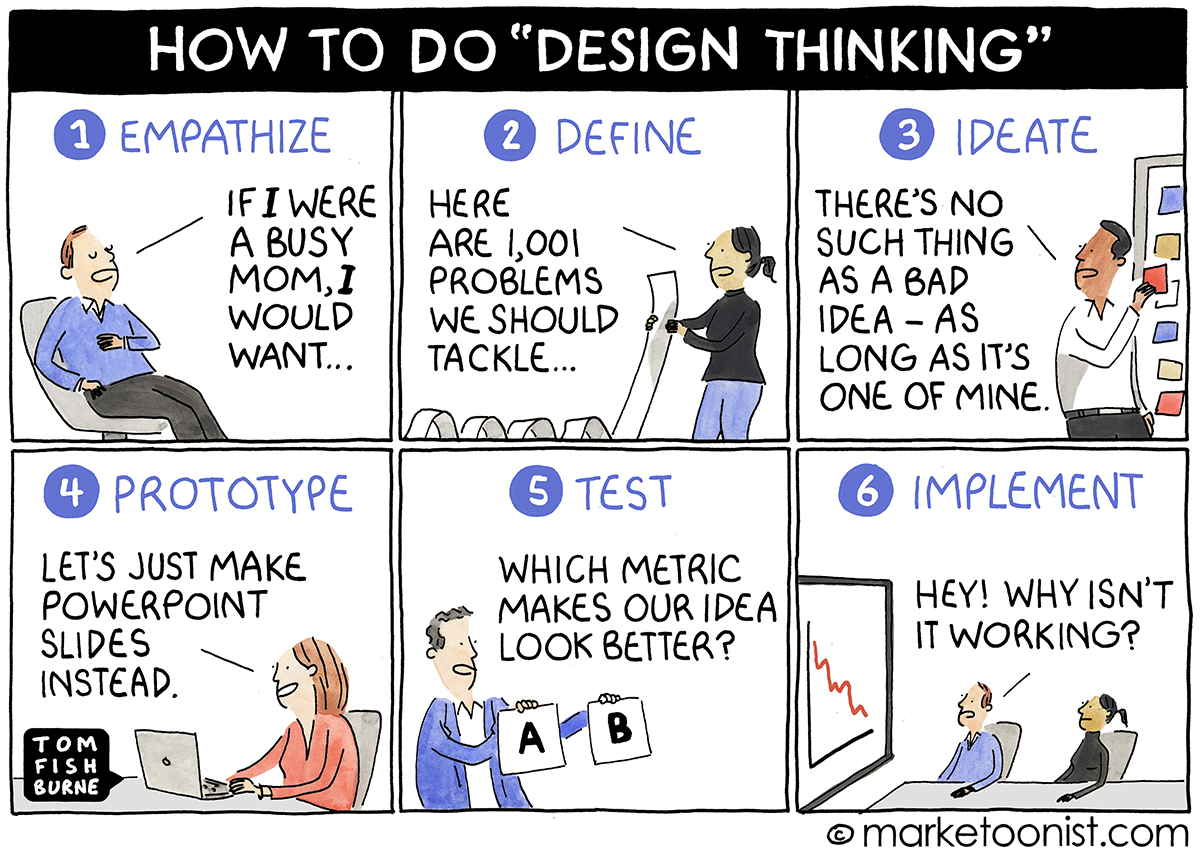 #designthinking is beyond the theatre of using Post Its and looking like you’re being creative. Design thinking is about true innovation, applying first principles thinking to problems, and working through divergent and convergent methodologies to get to a novel outcome – often ones no one has ever seen before. Steve Jobs was the master of design thinking and was so completely in the zone that he wanted the inside of Apple computers to be just as beautiful as the outside even though nobody ever saw the insides. He famously said, “People don’t know what they want until you show it to them.” Companies that apply design thinking lead the stock market, blow past the indices and disruptively eviscerate the competition. Know it. Use it. And … Grow!! #wakeupimagine Lux + Imagine Labs #creativity #innovation #marketoon Tom Fishburne

Posted on May 14, 2021 in Creativity, Innovation, Technology, Trends