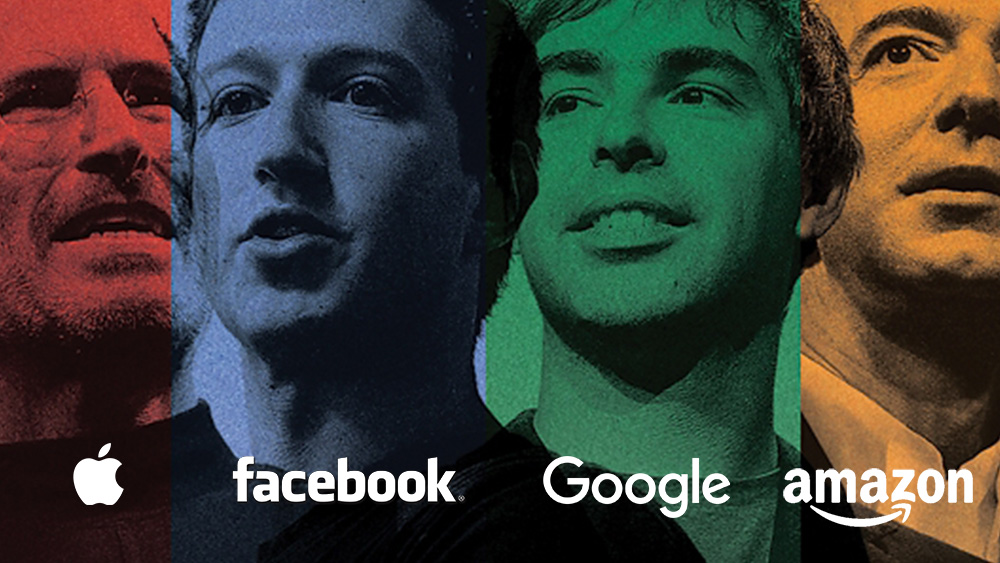 Apple, Amazon, Facebook and Google… oh, my! Coming out of Super Bowl weekend, we can truly see that the complexity of modern marketing is only going to keep increasing. The world of marketers and marketing today has changed drastically from what it was ten years ago – and this is chiefly due to The Four Horsemen. Apple, Amazon, Facebook & Google are scaling at fantastical rates, and have gone in 2015 from having a combined market capitalization equaling the GDP of Spain (at $1,306,180,000,000), to a market cap of $1,728,100,000,000 (equivalent to Canada’s GDP and just under the GDP of Russia). To give you a sense of the outside value creation – that’s the economic value of Canada spread across the population of Manhattan’s Lower East Side. And… each company individually is not only aspiring but tracking, to attain trillion dollar market caps of their very own – that’s right, a trillion dollars!

Facebook and Google are growing at 40% and 12% respectively, against traditional media and advertising companies… and ad agencies are fueling this immense upward trajectory. WPP spent $4 billion with Google and $1 Billion with Facebook on behalf of their clients in 2015. Combine that with the staggering fact that Google at 34% and Facebook at 17% own mobile Internet ad revenue – that’s 51% versus everyone else (which means this duopoly controls ground zero for innovation and harnesses the largest growing connected platform in the world).

Birthday boy, Facebook, is now a feisty, gravity-defying 12-year old. In his birthday remarks, Mr. Zuckerberg posited that he envisions a time and place, in the very near-to-soon future, where Facebook connects 5 billion people… there is nothing on the planet that connects 5 billion people! And, they have only just begun to monetize Messenger, WhatsApp, and their fastest growing acquisition, Instagram.

In the retail world it’s hard to find companies that can match the breakneck growth of Apple and Amazon – combined, they produced about $65 billion dollars in 2015. So, just to put this number into retail context – Nike had its best year in history in 2015 and grew $2.8 billion dollars. Last year Amazon accounted for 51 cents of increased spend online, and is now responsible for 25% of ALL retail growth in the US.

And with the ubiquitous smartphone – the product that defines our age – holding 92% of all global profits in this category, Apple is the dominant technology player by far. And talk about “halo effect,” Apple is the only company that has positive growth in the PC market. Let’s not forget their little “failing” watch, which now represents half of all worldwide watch sales at around $10 billion – is this what we now call failing???

In an always-on world with changing consumer expectations rippling through the ether and disrupting even the biggest bellwethers, the nature of marketing itself is shifting – data, digital, social, mobile, analytics, real-time agility – these have all become part of our lexicon. The Four Horseman are responding, engaging and surpassing consumer expectations and are being rewarded for doing so. The key is figuring out how your pony plays in this brave new world…

RIPPED FROM THE HEADLINES – TAKEN FROM A VARIETY OF SOURCES, INCLUDING L2 – GANG OF FOUR (SCOTT GALLOWAY) 2016

Are we addicted to distraction?
Super Bowl: On Any Given Sunday Content Rules