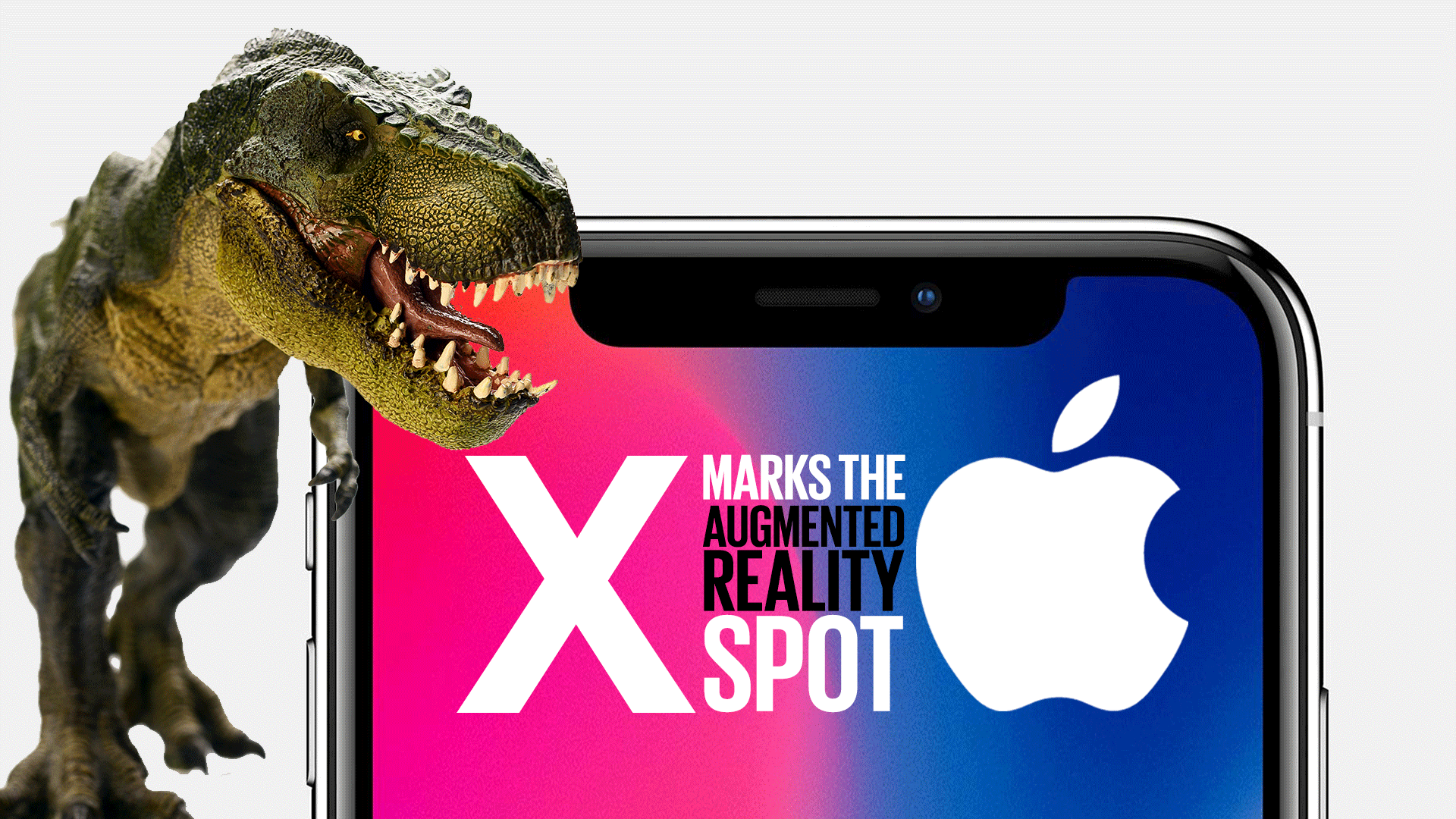 X Marks the AR Spot for Apple. I was in the brilliant city of Chicago last week to deliver the opening keynote at Print 17 – giving audiences a sneak peek of our next Print in a Digital World trend report. As it happened, it was the very same morning that Tim Cook would, for the first time, grace the stage of the new shining Steve Jobs Theater (adjacent to the magnificent Apple Spaceship… and powered, of course, by 100% renewable solar energy.) And it was on this very stage that he uttered “one more thing” in Steve’s oh so compelling fashion… and with that, the tenth anniversary Apple iPhone X was unveiled.

My keynote preceded the Apple announcement, so I couldn’t believe how many questions I received about augmented reality (AR), and what having it baked right into Apple’s hottest new smartphones means to the print industry – that said, with the world so attuned to Apple and Apple leaks it isn’t surprising that the audience already knew what they were talking about. With thousands of people in attendance at Print 17, it goes without saying that this innovation is the next manifestation of the-Gutenberg-Press-meets-the-internet (physical and digital colliding at a colossal level).

You’re saying, yes Michael, but we’ve had AR around for awhile now. We have, but not baked symbiotically into a phone. And not a version that can be used seamlessly as it plays with the entire architecture of said phone. And not with an open source ARKit (on which developers are already building smoking new creative). And guess what? Google is playing with their own AR framework (matched with Google Lens), so you know the AR arms race (let’s call it a leap) we are about to witness will be quantum. Case in point, my nine-year-old son is going on a class trip to the Apple Store to work on augmented reality via Apple’s ARKit this Fall – that’s right, the next wee generation of developers is making its way into the very fabric of the internet and Apple is welcoming them with open arms.

According to Apple, their new phones also feature TrueDepth cameras and A11 Bionic chips, which will allow iOS developers to create, “fantastically immersive and fluid experiences that go far beyond the screen.” Think about it, and how it will affect your creative, as when iOS 11 becomes available on tens of millions of devices, Apple will instantly have the largest AR platform in the world. I was also blown away by their ‘Animoji’ face mapping, as it is far beyond any filter out there and will undoubtedly inspire countless new creations.

In the words of Steve Jobs that echoed in his new theater as the Apple event kicked off – “There’s lots of ways to be as a person, and some people express their deep appreciation in different ways. But one of the ways that I believe people express their appreciation to the rest of humanity is to make something wonderful and put it out there. It’s a way of expressing to our species our deep appreciation. So we need to be true to who we are and remember what’s really important to us. That’s what’s going to keep Apple, Apple. If we keep us, us.”

So remember Art not Ads as you’re using these powerful new tools to augment reality. Truly great creative allows us to connect with our fellow humans and resonates at an unconscious level – make them feel.