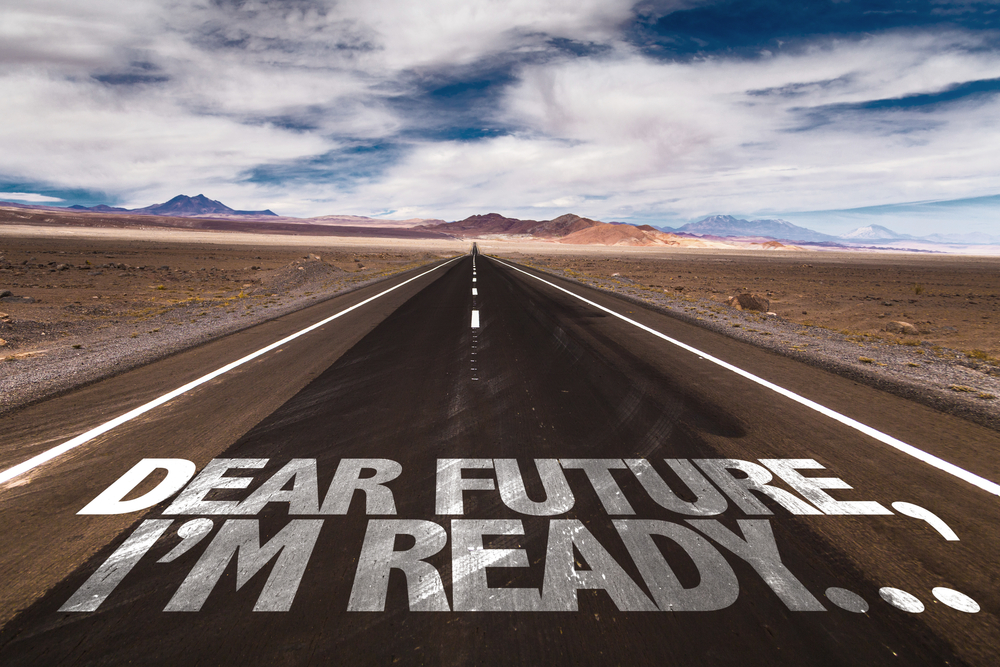 Imagine bringing someone from 1750 to 2015. I’ve been doing a lot of reading on human history and the Law of Accelerating Returns – a theory put forward by futurist Ray Kurzweil. Here’s how it goes… let’s imagine for a second playing Back to the Future – for real – and taking a time machine back to 1750. The 1700s! A time when the world had massive power outages, long-distance communication was accomplished by cannon fire, and all transportation was apple-fed and hay-powered.

Imagine bringing this person to 2015 in a time machine… and walking them around. It’s unfathomable to comprehend their reaction. Shiny vehicles racing on massive concrete highways, silver cigars flying through the air filled with passengers who had been across the ocean only six hours earlier, television broadcasting things happening live across the globe, massive skyscrapers that eclipse the sun… all without a horse in sight.

Now let’s take this fantasy one step further (assuming the person is still conscious and with us). Envision pulling your sleek, seamless iPhone from your pocket and performing – magic, yes magic to this person – how about demonstrating a little facetime chat with a friend in another city? Or giving them some Google Map action to showcase global positioning satellite technology? Just as you captured a selfie with them, you’d have to pry their hands from your throat to stop them from casting you into the closest body of water, shouting sorcery at the top of their lungs. And… at this point, you haven’t even explained the fact that we’ve walked on the moon, work in space at our international space station, have split the atom, have mapped the human genome, power things with nuclear fission and connect with anyone, anytime, almost anywhere on the planet using this new cool thing – the Internet. Their experience would be beyond mind-blowing and could quite literally kill them.

But here’s the interesting thing about the world of Accelerating Returns… if our test time travel candidate survived our trip to 2015 and then went back to 1750 deciding to repeat the experiment with someone earlier in history (say going back the same distance in time to 1500 and bringing them forward to 1750), our new 1500 time traveller would indeed be shocked by the year 1750 (and some of the major advancements in communications…. like mass printing), but they wouldn’t keel over watching transportation, communication and everyday life go by. In fact, to duplicate the impact that our 2015 reality would have on our 1750 time traveler, we’d actually have to go back to 12,000 BC… before the Agricultural Revolution gave rise to the first cities and sparked the concept of civilizations, bringing hunter-gatherer types to see massive human empires with enormous churches, theatres, coliseums, ocean-crossing galleons and libraries with their vast accumulated knowledge.

And from there? Our handy time traveler would actually have to jump back to 100,000 BC to get the same heart-stopping shock factor, with say – fire and language.

Ok, so you see the pattern – human progress is moving quicker and quicker as time moves forward. The reason this happens? In a nutshell, more advanced societies have the ability to progress at a faster rate than less advanced societies, simply because they’re more advanced. Because of this, Kurzweil believes that the 21st century will achieve 1,000 times the progress of the 20th century. If his predictions (along with many other crazy smart scientists to boot) are correct, then we are most likely going to be as blown away by 2030 (only 15 years from now) as our 1750 time traveler was by 2015, and the world in 2050 might be so dramatically different than today’s world that we will barely recognize it. This isn’t science fiction, and if you look at history, it’s what we should logically predict – hello future.

RIPPED FROM THE HEADLINES – TAKEN FROM A VARIETY OF SOURCES, INCLUDING THE AI REVOLUTION (TIM URBAN) 2015

Brands like Google and Amazon cut through the clutter by delivering what consumers want, when they want it, without hassle. By simplifying customer experience in a complex world, these brands win customer loyalty and drive business results.

Extreme Group Responds to the Starbucks Red Cup Controversy
“It’s Just a Cup” is the agency’s response to all those consumers complaining about Starbucks’ “lack of Christmas spirit” this year.

When the Neighbour’s Holiday House Lighting Party is Actually an Ad for Chocolate
Experiential marketing trends are on the rise, as seen with Ferrero Canada Ltd.’s latest marketing event.

Reality Check: The New Era of Packaging
The shelf is relentless, offering only precious seconds to persuade today’s consumer. It’s a challenge that delivers a huge pay-off to those who can do it right.

New Balance Pushes Ahead in Design Race to Bring 3-D Printed Shoes to Consumers
With major athletic shoe brands like Nike and Adidas investing heavily in 3-D printing, New Balance is aiming to beat them all to the finish line.

Why Digital Dominates the Retail Sales Story this Holiday Season
A mobile tipping point and “a click-and-mortar Christmas” are two of the trends we are seeing this season.