Ahhh… the smell of New Year’s marketing trends in the morning. 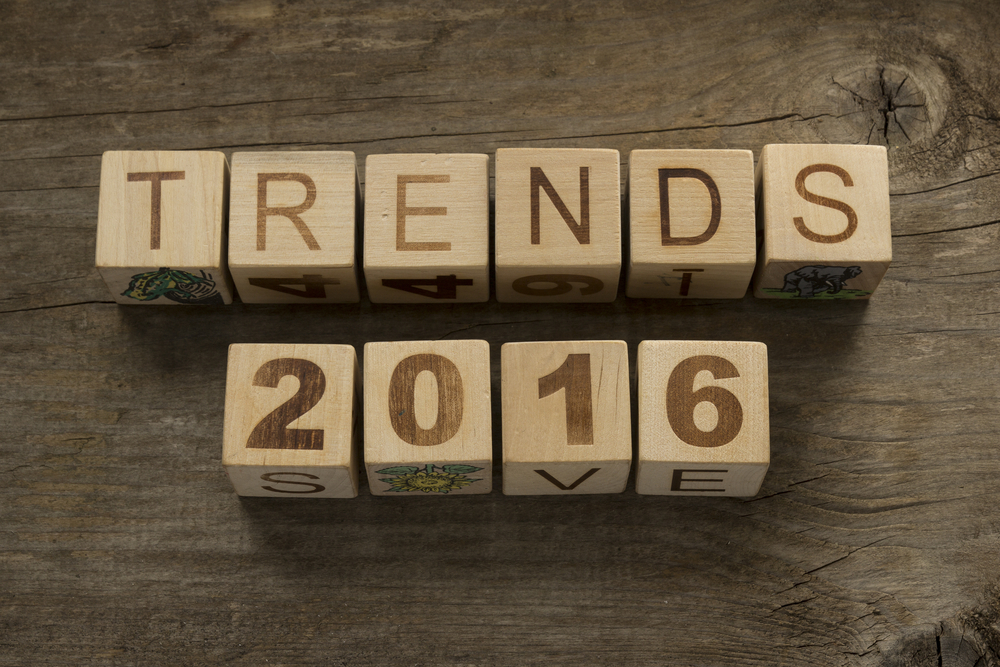 Ahhh… the smell of New Year’s marketing trends in the morning. Coming out of a swirling 2015 ride – where we witnessed many burgeoning marketing trends making it hard to distill the hype from the real game-changers – this new year looks to be where many of these trends will actually take flight and become embedded in our lexicon.

Through 2015, Internet access grew to over three billion people, which accounts for close to half of the planet’s population. Ten years ago, more than half of Internet users resided in the developed world. Now, two-thirds of Internet users live in developing countries; numbers that are most likely to double as tech-savvy companies like Facebook and Google innovate across multiple fronts to bring Wi-Fi and the Internet to the rest of the emerging world.

Mobile is clearly transforming our inter-connected planet, as people rely more and more on these always-on, ubiquitous devices. And, with mobile, comes mobile video, which now accounts for 29% of video viewing. With our pocket pals now sporting 12+ megapixel cameras and the ability to shoot high-resolution 4k video, platforms like Snapchat’s Live Stories that aggregate user-generated video and photos from events are delivering massive audiences, like their Coachella story, which garnered over 40 million viewers.

Facebook is no stranger to the video trend, with consumers increasingly tuned to the platform to consume video content. It’s still hard to monitor how much of a video is watched all the way through, but when they average 4 billion views per day (with half of their daily active users watching at least one video a day), that’s a movement. Of course, Facebook’s little mobile acquisition Instagram has clearly been one of the most impressive players in their portfolio, taking hold of entire generations with zeal. Instagram is even defining the new battleground for 2016 US presidential candidates – with democratic front-runner Hillary Clinton frequently posting squishy, throwback family photos and with Bush and Trump taking the Instagram gloves right off (examples too numerous to mention). With 300 million users, the bulk of whom are under age 35, that’s a lot of influence.

Storytelling, of course, is as old as cave drawings, but the way we tell stories is also ever advancing. Blogs are nothing new, but marketers rank blogs as 45% of the most valuable content they create, ahead of visual pieces at 34%, videos at 19% and podcasts at 2%.

Content Marketing has grown and matured considerably in significance throughout 2015, especially with Google’s algorithm updates – making quality content the pinnacle towards which brands must strive. Marketers are spinning, using new and existing forms of content to disrupt and grab the attention of easily distracted consumers, offering up 3D video and virtual reality in a sweeping new wave of content creation. Nescafé, for example, is the world’s first coffee brand to provide consumers with a fully immersive, virtual reality experience – by transporting them to Brazil’s coffee fields using their mobile phones and a brilliant viewer developed by Google. The ‘Nescafé 360 launch’ is a significant digital milestone for Nescafé which just became the first global brand to move ALL of its local and international websites to Tumblr, as it augments its strong social media presence and develops a closer relationship with younger consumers.

The rapid uptake and success of content marketing has left many brands without a coherent plan – meaning they’re not getting as much out of this fundamental shift as they could be. With only 37% of businesses ‘inconsistently’ embracing content marketing in 2015, they risk falling behind competitors who are boarding the train with eyes wide open, looking to leverage its full potential.

RIPPED FROM THE HEADLINES – TAKEN FROM A VARIETY OF SOURCES, INCLUDING GOOGLE AND MDG ADVERTISING 2015

A List of Lists: Marketing Musings for the New Year

Whether you’re looking for inspiration from the best of 2015 or expert forecasts for the year ahead, here is a round-up of list-based articles covering key marketing topics to kick-start your 2016.

Looking Beyond the Internet of Things
Imagine one enormous data-driven process in which machines gather information, learn and change based on what they learn. All in seconds.

Many Unhappy Returns: Retailers Brace for the Flip Side of Online Shopping
Despite the back-end costs, how well retailers handle returns for customers is a crucial part of service.

Path to Purchase is Mobile but Not Social in Canada
A new study shows mobile phones and tablets are more important to the buying process than social media, even among young people.

Market to Millennials by Getting Out of the Way
Many customers are now urgent and social at heart, yet few brands have mastered the art of catering to these attributes.

Here’s Why 2016 Could Be 3D Printing’s Breakout Year
This year, personalized consumer products will push businesses toward 3D printing.

Everything Brands Need to Know About Podcasts (but Were Afraid to Ask)
While podcasts are booming amongst media companies and brands, as with all new marketing mediums, it’s crucial to understand the landscape first.

The Rise of Clicks and Bricks Retailing
Is Elon Musk the real life Tony Stark (aka Iron Man)?